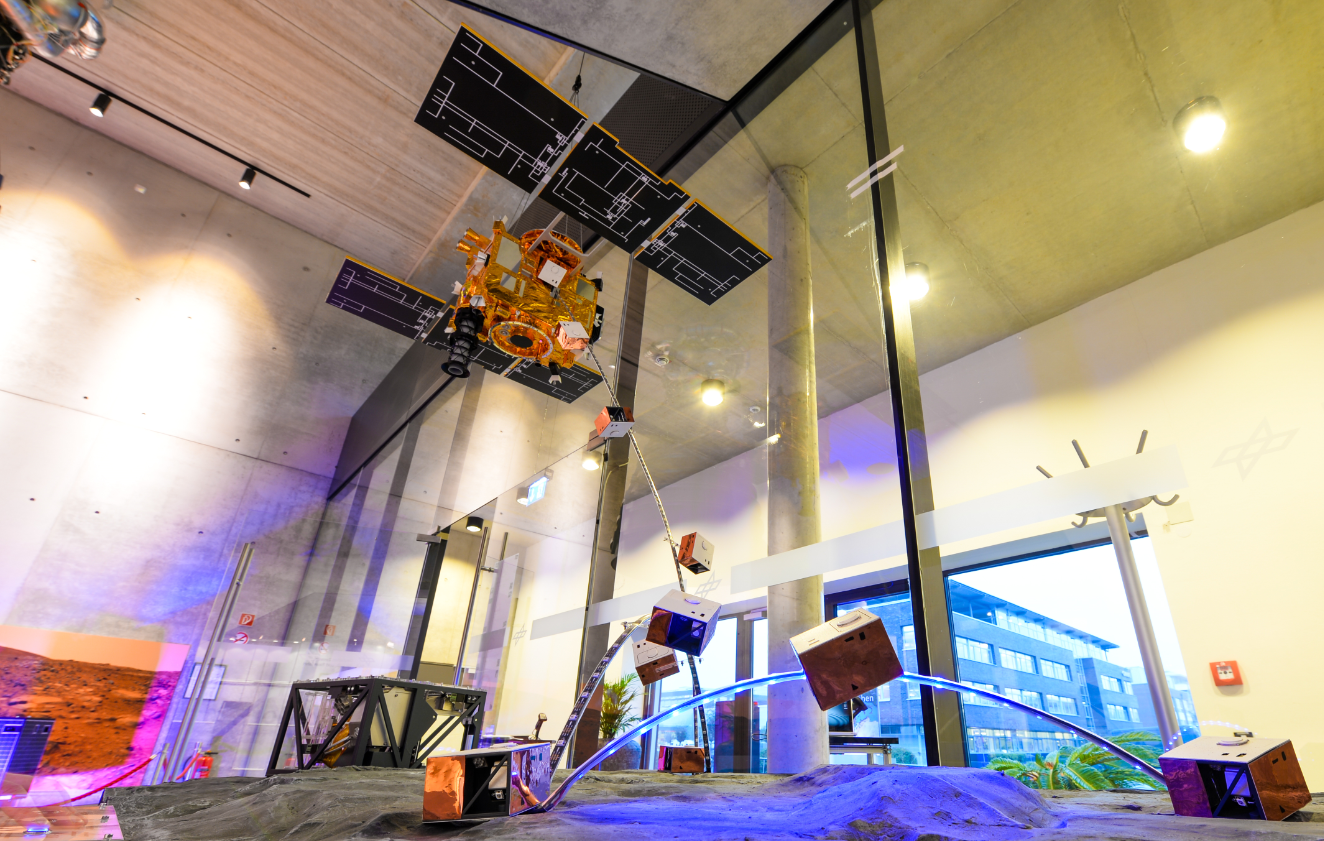 Space has always been a source of fascination for humankind – one that manifests itself through the exploration of Earth from space, the discovery of otherworldly celestial bodies and our attempts to enable life on other planets in the Solar System. With more than 140 companies and 20 institutes, Bremen is one of the most important locations for the aerospace sector and is continuously advancing exploration of the vastness of space. From 10–26 March, Universum® Bremen is showcasing Bremen’s space research highlights.

How do scientists detect greenhouse gases using satellites? Can tomatoes be harvested on the Moon? Can gravitational waves of black holes be measured? Is Einstein’s Theory of Relativity currently being disproved in space? And what role is Bremen playing in developing the first independent European satellite navigation system? A total of eight accurately detailed models provide exciting insights into past, present and future space research projects. All exhibits are on loan from institutions in and around Bremen, namely the Centre for Applied Space Technology and Microgravity (ZARM), the German Aerospace Center (DLR), the Institute of Environmental Physics (IUP) at the University of Bremen, OHB Systems AG and the Max Planck Institute for Gravitational Physics (Albert Einstein Institute). The project is supported by the German Physics Society (DPG), which is holding its spring conference in Bremen at the same time.

‘Space research highlights from Bremen’ will be open from 10–26 March on the ground floor of the permanent exhibition at Universum® Bremen (Wiener Straße 1a, 28359 Bremen). Entry to the exhibit is included in the Universum® ticket.